Summer is just around the corner in the Northern Hemisphere – to me this means CHEESECAKE. To be quite honest, cheesecake is definitely an acceptable dessert all year round, however, nothing quite beats a cool and fresh berry cheesecake on a hot Summer’s day.

Or how about a Carrot Cake with a cream cheese frosting!?

Or just a fresh, toasted bagel with a thick lather of chive cream cheese.

Honestly, Vegan Cream Cheese is such a versatile spread to have in the fridge. It’s definitely a staple ingredient in my household.

The problem is that not everyone has access to vegan cream cheese, in some countries it doesn’t even exist. OR in other countries, it’s just extremely expensive. And in ALL countries where shop-bought vegan cream cheese does exist, it’s filled with nasty ingredients and additives that we shouldn’t really be putting into our beautiful bodies.

SO – I’ve done you a favour and created this extremely easy, affordable and nourishing Vegan Cream Cheese because homemade is ALWAYS better.

Why not try this No-Bake Strawberry Cheesecake Brownie recipe with your vegan cream cheese!

Raw Cashews: you can find this in all health-food stores and also in most grocery stores or international grocery shops. Just make sure they are not roasted cashews, as you will most likely end up making cashew butter instead of cream cheese. You can buy some HERE and use my code KITS5 for a discount (not an affiliate link).

Vegan Yoghurt: to make this vegan cream cheese ULTRA creamy, some plant-based yoghurt does the trick. You can use coconut yoghurt, soy yoghurt, almond yoghurt – you name it – but my personal favourite is vegan Greek-style yoghurt. If you don’t have any, you can use dairy-free milk instead.

Apple Cider Vinegar: this adds a slightly sour flavour which is very common in cream cheese. You can use white vinegar or lemon juice instead, but I love ACV as it has many added health benefits!

OPTIONAL: To make a savoury vegan cream cheese to spread on toast or crackers, add some salt to taste, and perhaps some chopped chives or sun-dried tomatoes!

How To Make This Vegan Cream Cheese Recipe

This is honestly such an easy process. All you really need is a good blender or food processor.

Start by soaking your cashews in some hot water for at least two hours. You can soak them overnight if possible – the longer they soak, the creamier your cream cheese will be! Drain the water from the cashews and add to your blender or food processor along with the yoghurt and vinegar. Blend until smooth. I only needed to blend mine for about 2 minutes as I have a very good blender, but you may need to blend for longer until it’s as creamy as you desire!

Your cream cheese might be a little “looser” than regular cream cheese at first, but it firms up after a couple of hours in the fridge.

If you’re adding some extra goodies, chop it up and mix it into the cream cheese once blended.

How To Store Vegan Cream Cheese

Transfer the cream cheese into an old sauce jar with a tight-fitting lid or in a lunch box in the fridge.

This lasts for a week in the fridge. You may find a little bit of water in the jar, but that’s normal, just pour it out.

You can also freeze this vegan cream cheese if you’re not using it right away. Pop it in a freezer bag or a freezer-safe container and store it for up to 3 months. Leave it to thaw in the fridge for a few hours before using.

Here are some recipes you could make using your homemade cream cheese: 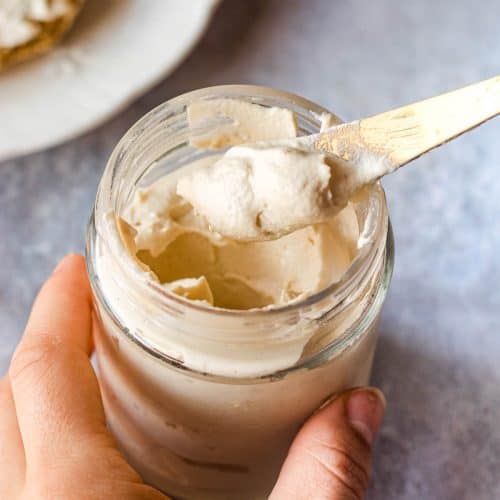 These nutritional values are provided as a guide only and may be different depending on your ingredients and measurements. 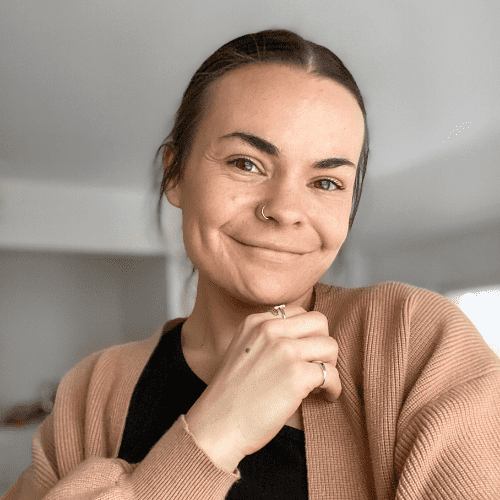 I’m all about quick and easy to follow recipes that nourish your soul and your body. Let me show you how to make all the best treats – but healthier!

This site uses Akismet to reduce spam. Learn how your comment data is processed.

Manage Cookie Consent
To provide the best experiences, we use technologies like cookies to store and/or access device information. Consenting to these technologies will allow us to process data such as browsing behavior or unique IDs on this site. Not consenting or withdrawing consent, may adversely affect certain features and functions.
Manage options Manage services Manage vendors Read more about these purposes
View preferences
{title} {title} {title} 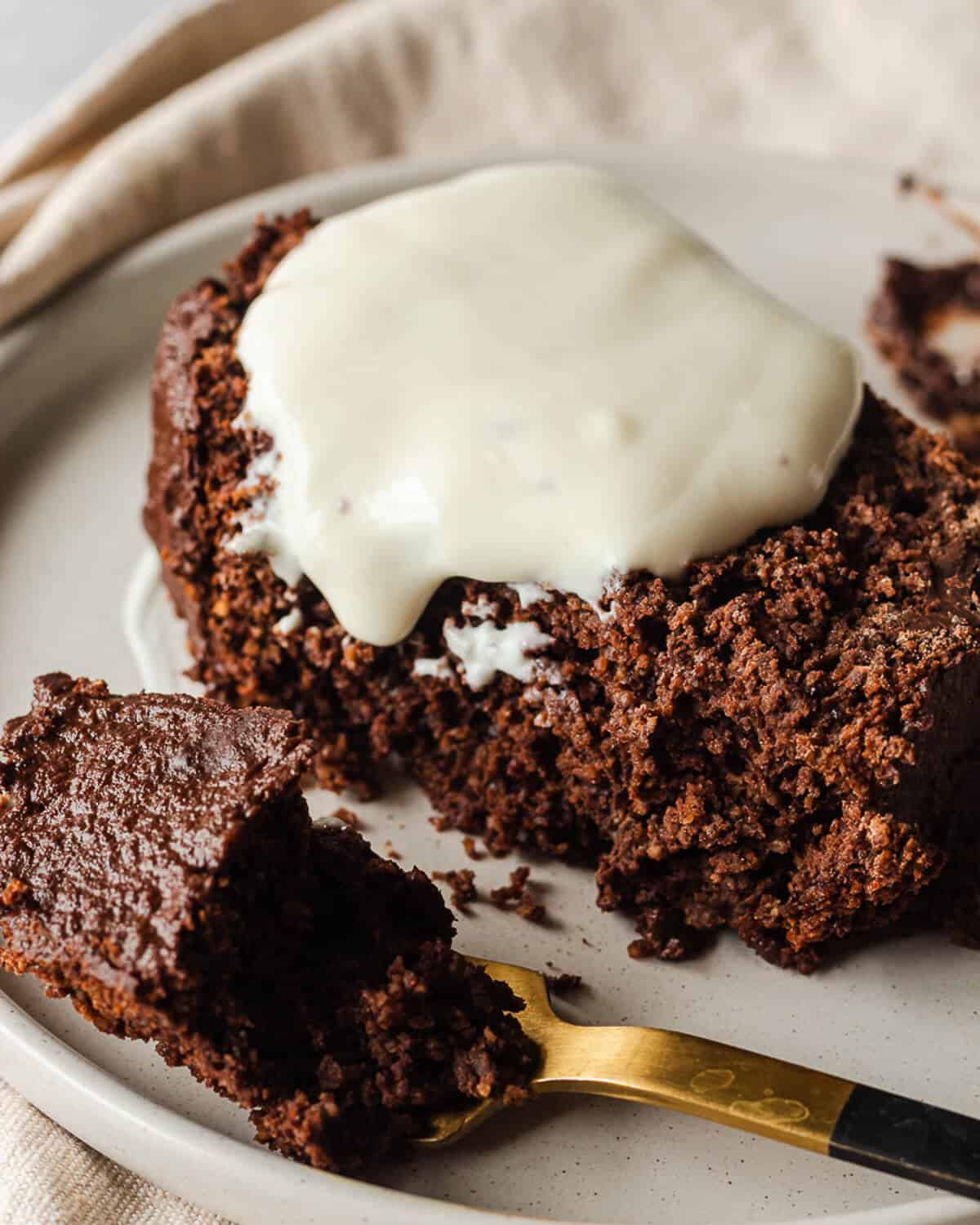 Your details are safe with me! You can unsubscribe at any time.